I’m proud to say that as of today, I have moved all of my domains form Go Daddy over to Namecheap.  Why change, you might be asking? Well, first of all, there’s cost.

On top of that, by transferring my domains yesterday, Namecheap donated $0.50 to the EFF per domain.  According to this article, MYDD has raised nearly $250,000 for the EFF since 2011.

If you’re not already familiar with the EFF and the work they do, and you care even a tiny bit about your digital rights, you owe it to yourself to check them out (https://www.eff.org). 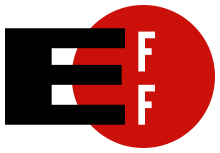 I realized recently that I needed to find something that I enjoyed, but had nothing to do with computers. Don’t get me wrong, I love programming, but sometimes I just feel the need to turn off that part of my brain.

So, about two weeks ago, whilst cleaning up the ‘ol homestead, I cam across a watch that my sister had given me several years ago for Christmas. Said watch was not in good shape… it’s battery had given up the ghost a while back, the wristband was worn and near breaking, and the condition of the case was what you might expect from daily-wear from a much filthier man than myself.

Naturally, I documented the condition of said watch with a few pictures:

With a trip to a store that will remain unnamed, I procured a new 22mm band, the correct battery, and a cleaning agent.  The new band was nearly identical to the original, just a hair thinner at the watch-end.  The cleaner did wonders for the face/case (you can see just how dirty it was in the lower right corner of the top picture). Somewhat surprisingly, the reassembly went without a hitch.

Next up… adding a link or two to the wristband of a nice timepiece I gave my wife years ago, but as of now has remained in the box…